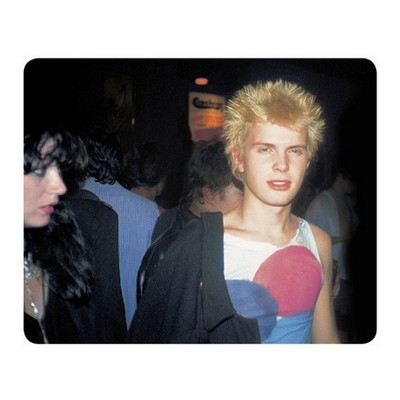 This series of previously unseen images will transport you back to 1976 – the very beginning of the punk movement – to meet its protagonists during the early years. Barker was a member of the ‘Bromley Contingent’ from the start, spending his time backstage, fused to his camera at the very first concerts during this incredible peak of cultural construction/deconstruction. In these remarkably candid photographs, you will see the key figures of the movement in their flats, bedrooms, and at forgotten private parties where they can been seen experimenting with the extremes of dress and appearance later synonymous with the punk phenomenon – but at this time still restricted to the creative use of their grandmothers’ wardrobes. Barker’s lens perfectly captures the spirit of the moment, before the twin forces of media and commerce inevitably sunk their claws into the underbelly of punk’s latent political ideologies.

Also available is the recently released book Punk’s Dead, containing an extended selection from Barker’s previously unpublished punk archive. In this book, the photographs are introduced by an author’s text followed by notes from witnesses of those heady days, and original short essays written especially for this book by Michael Bracewell and Peter Tatchell, amoungst others.