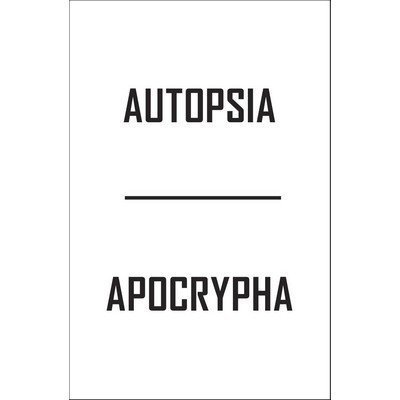 In a time which might be indicated as the end of modernity, in which everything becomes actual and everything becomes retro, there emerges an area of activity between high art and mass culture, an area in which art phenomena that do not agree with any of these polarities are placed. Their protagonists insisted on consistent usage of media conventions which produced numerous para-situations as simulation games. Since these never coincide completely with stereotypes of institutional forms of culture and media consumption, the activity is directed toward exclusive and hermetic way of expression. The authors of similar orientations operate by way of appropriation and disguise, which becomes the characteristic of the entire strategy of activity. This method requires careful modelling of the means of expression and deliberate, well-thought-out appearance since the value of the work is measured both through a complete concept and through a single product. Works are not just a simple sum of artefacts but a set of interactions that are “provoked” by their appearance. In this constellation there also disappears a personality of the artist; the work is not authorized by an individual or by the group of authors, whereby the diffusion of activity is emphasized. The pseudo-group does not gather in order to promote, by means of collectiveness, individual projects or to strengthen the positions of individuals. The pseudo-group is immanent to the very concept itself, behind which there stands a leading author while other members join as collaborators.

In this time there appears Autopsia, announcing its activity through music and video production, in concerts, at exhibitions and with special publications. Autopsia acted in the field of art with a production which insisted on precise media articulation of each and every of its products although it was positioned outside general media patterns. Through the method of pseudo-production the standard media forms were simulated. On the ground of the understanding of the impossibility of the artwork as an artefact Autopsia has projected images by way of “letting them go” through conventional forms of communication. Thus it achieved the complete control of its own production. This method produces a double “closeness” of the work, out of which the work never appears as something singular, as an art value – the original. The material integrity of the work is denied, which enabled the unhindered consumption in cultural milieu. What was sent into art becomes obvious only at the intersections of production models where the method itself – simulation, pseudo-production – is presented. There exists no relationship towards production as to the production of something singular, but there is the relation to total pro-duction, “bringing-forth”. This cannot be reduced to cultural reality and its history. Cultural products are figures through which Autopsia creates dispositions for its media manipulations. Autopsia deals with art as the way of production and not with its forms as the mirror play of doubling and transforming.

In mirroring the forms, Autopsia recognizes the mask of death. For Autopsia, to be mortal is something very natural – not to consent to mortality means to evade from the authenticity of the Self and put oneself in an oppositional relation toward nature, whereby ‘the natural’ is but a mere humanistic notion about the nature. In the oblivion of death, there opens an endless multiplication of its iconography where death becomes the figure for some future event, a certain but therefore a suitable one for making any kind of timely compromise. A lot of hymns were sung and a lot of praises were painted to the glory of the Faustian contract. Autopsia trades with their articles regardless of their cultural origin and national characteristic. It emphasizes the iconography of death to the monumental intentions, using the theme of it as a cultural product. From the instrumentarium of such an origin it appropriates the sights and brings them in constellations of powerful visual charge.

Excerpt from the book