IT MAKES ME FEEL WONDERFUL 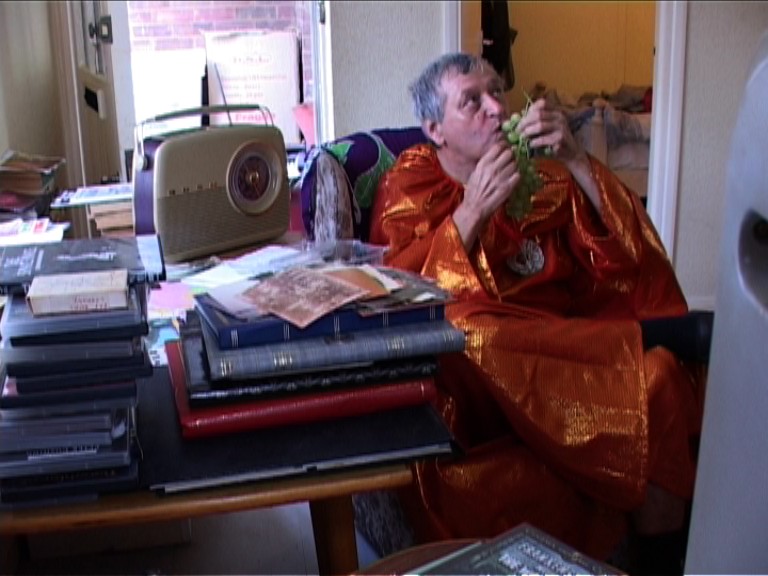 IT MAKES ME FEEL WONDERFUL is a three man show exploring the space between the mundane and the wonderful.

Lance likes to dress like Caesar. It just makes him feel wonderful. Guy Bolongaro's portrait doc 'The Last Emperor' could be viewed as a film about escapism but it is much more than just that. Whilst dressed in his robes Lance makes astute comments on the people and places around him, the suburbs of London, what he sees wrong with it, how closed-minded the people are. He is bitingly critical about it all, yet finishes each sentence with a smile, seems happy and amused; he presents himself just as he is; a free individual living in his own way.

Neil Zakiewicz also explores the private world of the individual with a series of photographs presenting objects in the local environment that have come from small, idiosyncratic modifications by people to enhance and personalise their surroundings. His documentation of unselfconscious signage, home improvements, urban survival, territory demarkation and the adaptation of obsolete technology articulates his interest in the vulnerability of mundane materials and the serendipity that is relied on to elevate the every-day to the art object.

Tom Mason's new series of paintings explore a gesture of age-old escapism - “A man goes into a bar“ - the joke begins this way and we don't know what comes next.. anything could happen, anything could be said, all stemming from this simple scenario; a man, and the contents of a public house, utterly familiar and yet holding an unknown that will be both unleashed and ultimately contained. He's opening the door and stepping inside. Freeze-frame.

Though working in different media theses artists are united by their concern to elevate the mundane into the wonderful.