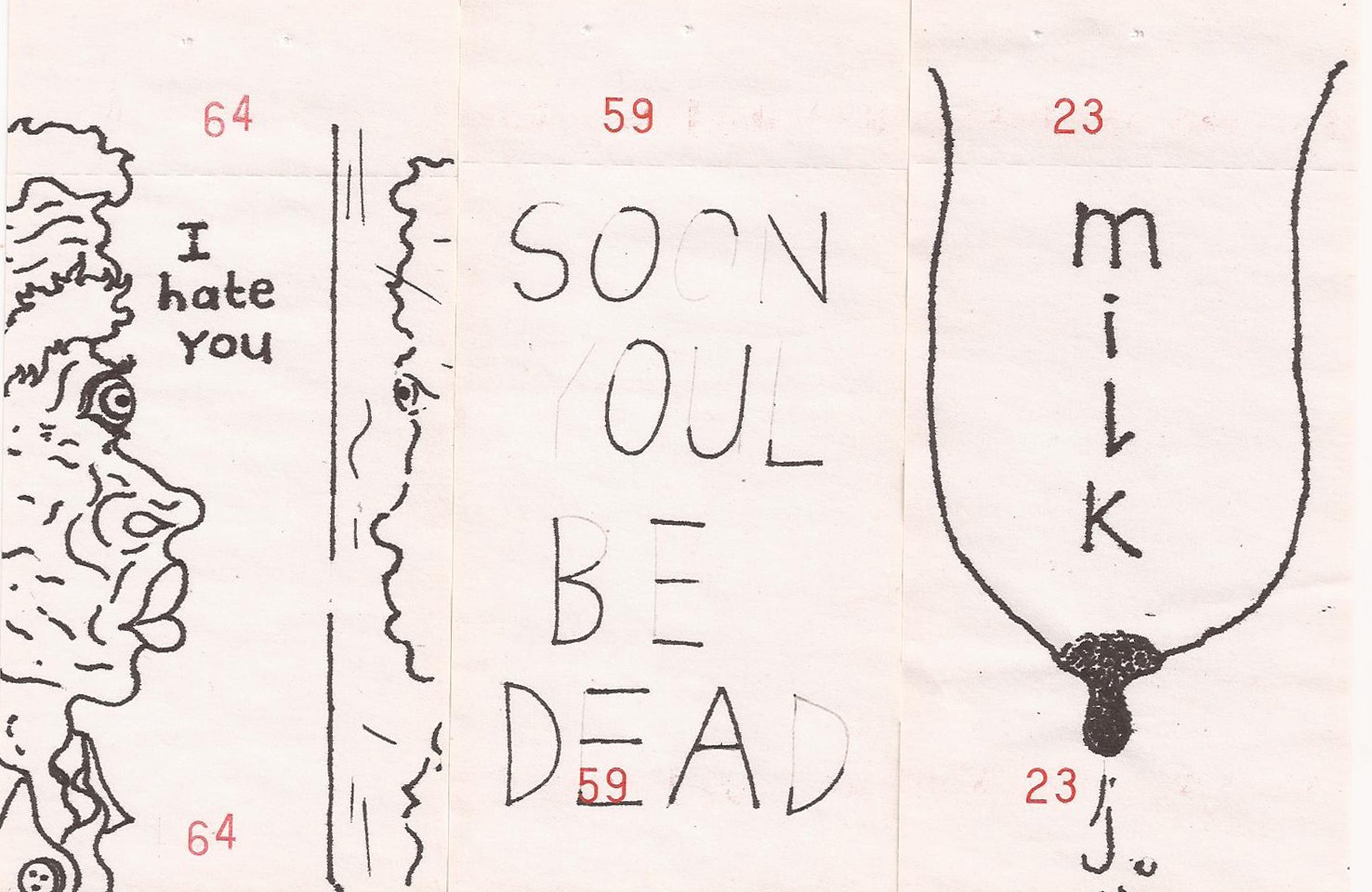 "With the influence of Buddhist philosophy; mainly the consideration of there being no such thing as an individual 'ego entity' but rather 'elements of existence' such as corporeality and mental formation , for which any idea of ownership or separation is simply a profoundly common delusion, the work develops and begins to articulate a more refined process of objectivity or detachment from identification, through which meditations on our condition can manifest as both uncanny and absurd."

'Touch Me' draws on O'Brien's personal experience as the youngest sibling of ten, a school-boy, an art-student, and a worker of low paid, dead-end jobs. Working exclusively on cheap paper torn from waiter's notepads the drawings reveal O'Brien's interest in exposing the personal, unseen world of the individual. His work is compulsive, immersive, humorous, sexually charged, and ultimately evocative. O'Brien refuses the viewer the luxury of a chronological foothold, instead inviting us into a disorientating world where we are addressed indiscriminately by the naïve child, the street bully, the ungrateful son, the randy school-boy, the disillusioned shop assistant, the disciplinary father and the philosophical petrol pump attendant.