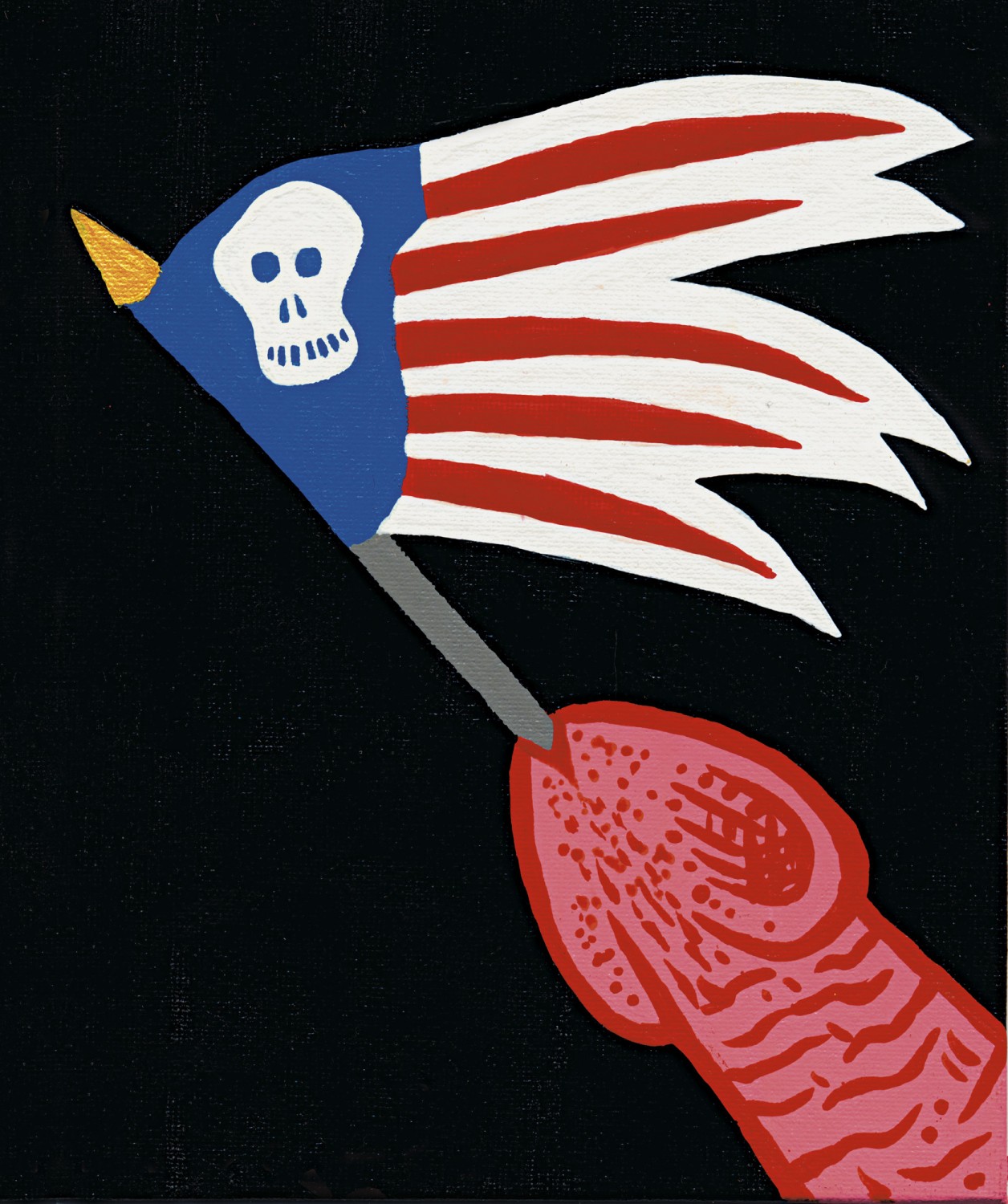 Mike Diana‘s work is powerful, upsetting, offensive, and sometimes unpleasant. His art style is simple, primal, and dangerous: like EC Comics retold for today by Gary Panter. But there‘s an honesty to Mike‘s work that has always made me want to read it...

Underground comic artist Mike Diana was the first ever artist to receive a criminal conviction for obscenity for his artwork in the United States of America. Now, DIVUS London brings a comprehensive solo exhibition of cartoons, drawings and paintings together for the first time at the Enclave Gallery in Deptford south London.

Mike Diana's style is the one of most unforgettable in contemporary painting and drawing; the bright bold colours of western advertising are combined with rough black lines drawn with the audacity of a Japanese master to form the twisted characters that populate his world. Diana became known in the early nineties for his terrifying child-like drawings published in his Boiled Angel papers. Originally made privately on a Xerox machine and released in only sixty copies, these comics are now hunted by collectors ready to pay hundreds of dollars for only a few pages. These drawings have grown over two decades into an amazing body of work; the main theme of which is a cautionary one, a warning that the adult world is a sick and twisted place. Mike Diana never strived to be part of the wise and rational adult community. In fact, he felt that this world was far more perverted than what the conservative media generally regarded as being a moral failure. Mike Diana's adults are the hypocritical sanguinary monster, while his children are the honest cruel adversary.

This survey exhibition, covering more than two decades of Diana's work, shows a magnified reflection of the society that deemed his artwork a crime.

Also available, to coincide with the exhibition, is the book America published by Divus. This  double book box set contains more than 500 pages of rare, limited and out of print cartoons, drawings and paintings with introductory essays by Neil Gaiman, Marisol Rodriguez and Mike Hunchback. Much of Diana's work portrays outsiders repeatedly being punished by the unforgiving nature of their surroundings; where the sensitive types are gang raped, tortured, dismembered, pissed upon and left for dead. Drawing parallels with the Franz Kafka book of the same title wherein oppressive and intangible systems force scorned individuals to plead their innocence in front of remote and mysterious figures of authority.