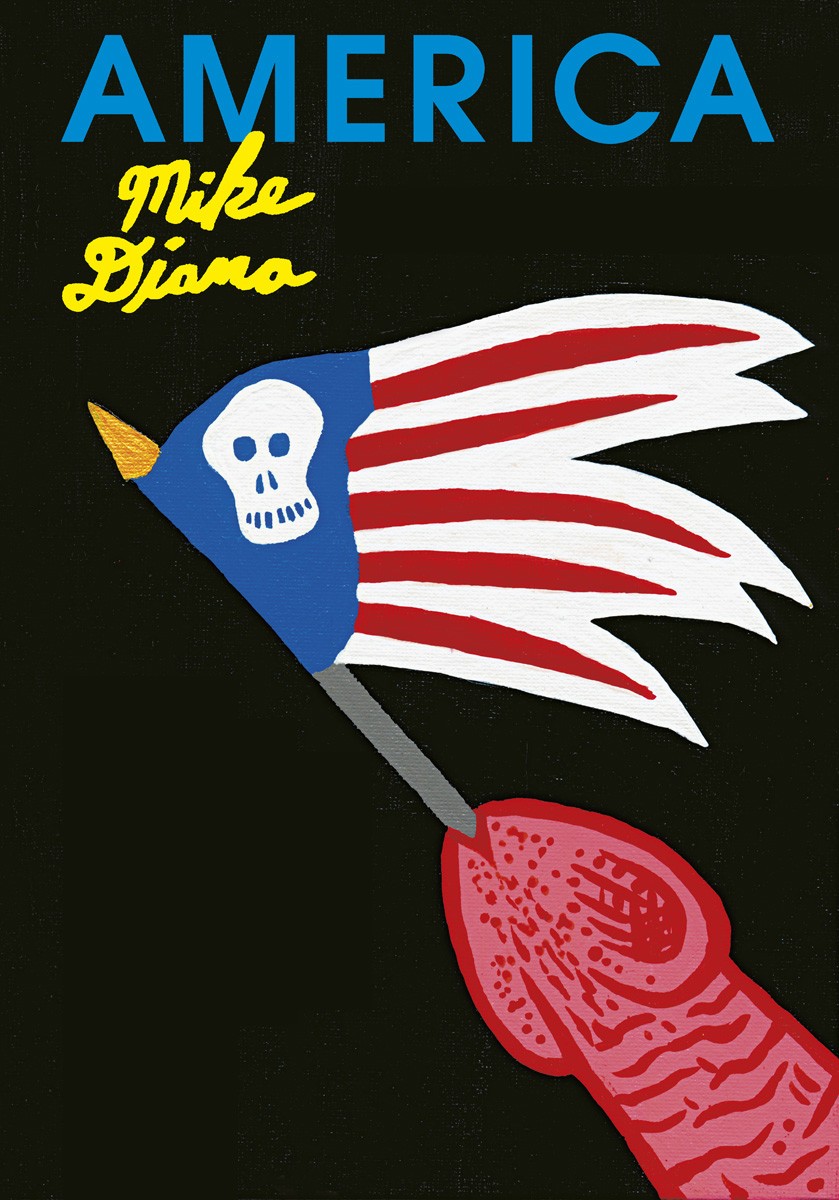 MD's work is powerful, upsetting, offensive, and sometimes unpleasant. His style is simple, primal, and dangerous: like EC Comics retold for today by Gary Panter. But there‘s an honesty to Mike‘s work that has always made me want to read it, even when it disturbs me. Art should afflict the comfortable and disturb the complacent, and Mike Diana‘s work does that in spades. He‘s been arrested for his art, he‘s been sentenced for his art, and a local police force was even charged to make 24 hour random raids and spot-checks on Mike‘s living space, to make sure he wasn‘t committing art in secret.

Underground comic artist Mike Diana was the first ever artist to receive a criminal conviction for obscenity for his artwork in the United States of America. Now, DIVUS Berlin brings a comprehensive solo exhibition of cartoons, drawings and paintings together for the first time to West Berlin, Germany. 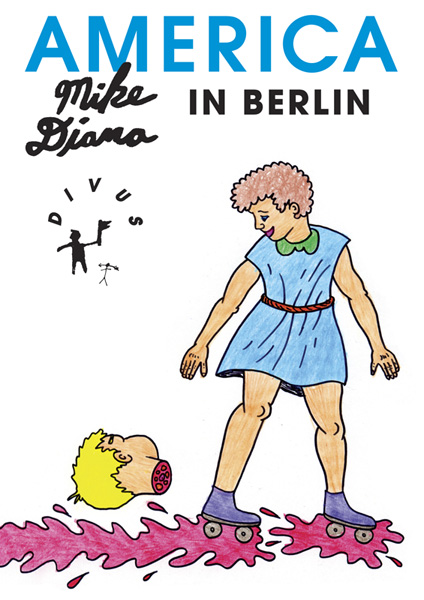 Mike Diana's style is the one of most unforgettable in contemporary painting and drawing; the bright bold colours of western advertising are combined with rough black lines drawn with the audacity of a Japanese master to form the twisted characters that populate his world. Diana became known in the early nineties for his terrifying child-like drawings published in his Boiled Angel papers. Originally made privately on a Xerox machine and released in only sixty copies, these comics are now hunted by collectors ready to pay hundreds of dollars for only a few pages. These drawings have grown over two decades into an amazing body of work; the main theme of which is a cautionary one, a warning that the adult world is a sick and twisted place. Mike Diana never strived to be part of the wise and rational adult community. In fact, he felt that this world was far more perverted than what the conservative media generally regarded as being a moral failure. Mike Diana's adults are the hypocritical sanguinary monster, while his children are the honest cruel adversary.

This survey exhibition, covering more than two decades of Diana's work, shows a magnified reflection of the society that deemed his artwork a crime.

Also available, to coincide with the exhibition, is the book America published by Divus. This  double book box set contains more than 500 pages of rare, limited and out of print cartoons, drawings and paintings with introductory essays by Neil Gaiman, Marisol Rodriguez and Mike Hunchback. Much of Diana's work portrays outsiders repeatedly being punished by the unforgiving nature of their surroundings; where the sensitive types are gang raped, tortured, dismembered, pissed upon and left for dead. Drawing parallels with the Franz Kafka book of the same title wherein oppressive and intangible systems force scorned individuals to plead their innocence in front of remote and mysterious figures of authority.
. . .

Before the TV cameras and the furious news people parked outside his house looking for a statement, before the activists endorsing respect to the First Amendment that protects freedom of expression in the United States compared his trial to the crucifixion of Christ, and long before the court in Pinellas County found him guilty of three minor charges for the  distribution, publishing and advertising of obscene comic books, Michael C. Diana was a  teenager who began to draw cartoons in the 80s emulating the work of his role models. These were among others: Basil Wolverton, Greg Irons, Robert Crumb, Clay Wilson, and the artists of Zap Comix, the paradigmatic underground magazine that during the 60’s formed the new panorama of comic books in the United States of America. 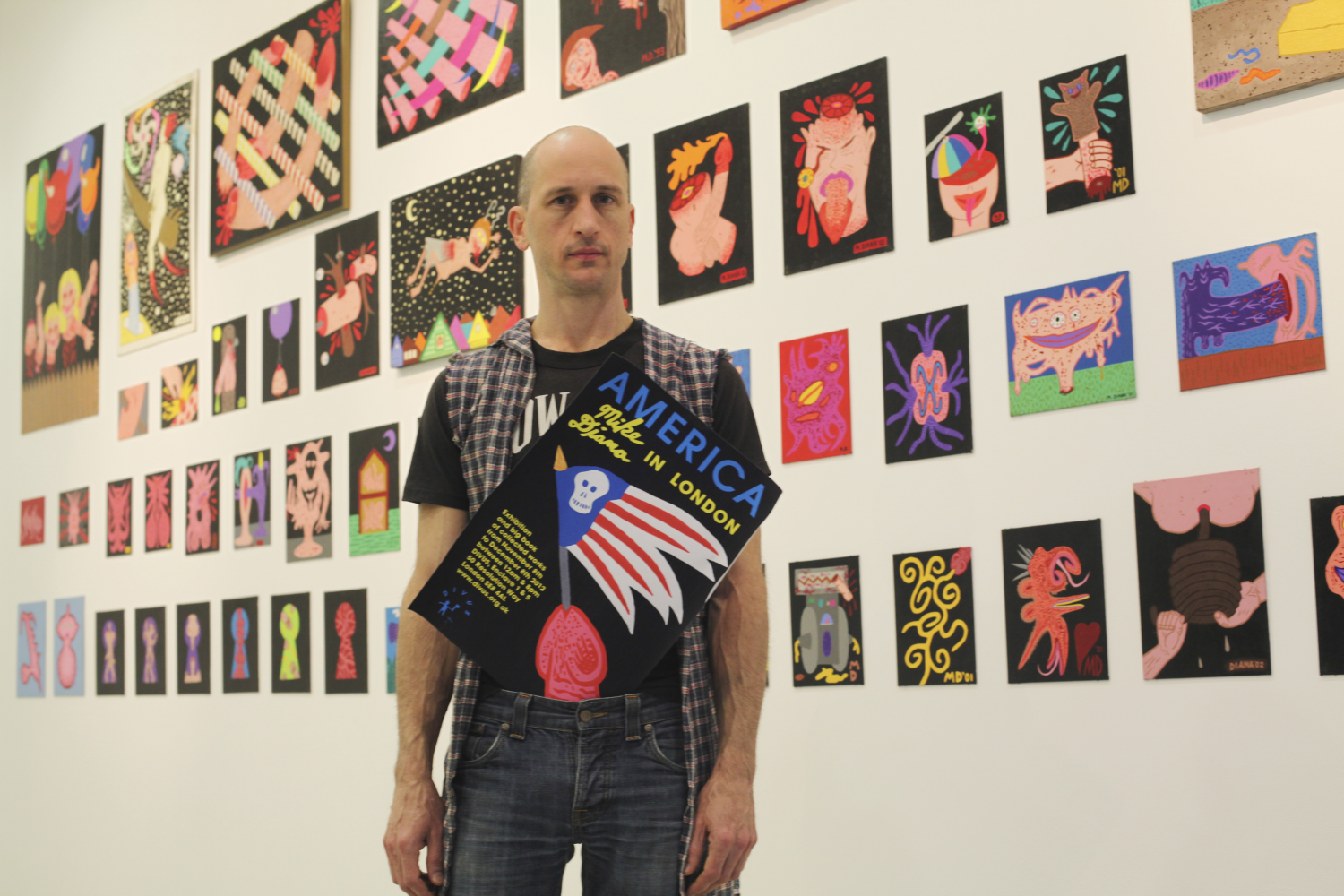 For Robert Crumb, the legendary cartoonist whose work can be admired today only a few steps from “La Grande Jatte” by Seurat in the Art Institute of Chicago, the style of Clay Wilson, one of Diana's idols, was liberating. In one of his comics from the 60s, Wilson presents us with the story of Captain Pissgums and his Perverted Pirates. In it, the perverted pirates, lackeys of Captain Pissgums, take turns to come in his mouth. Meanwhile they patiently ask him where they’re heading to. After realizing that they are lost, the Captain decides that is time to take a rest, fuck a little with George, his favorite pirate, before issuing his verdict: “We’re gonna keep on the same course and sail and sail and fuck (cough)”. Everything goes fine and dandy until the ”Dyke Pirates” attack Pissgums’ boat and subdue his men by hitting them with their “monster tits”. At the end of the exhausting battle that concludes with the sinking of Pissgums’ boat, both sides, perverts and dykes, decide to finish the conquering journey with an orgy: “You men are perverts and we are dykes? Mhhhh, we can work it out.” 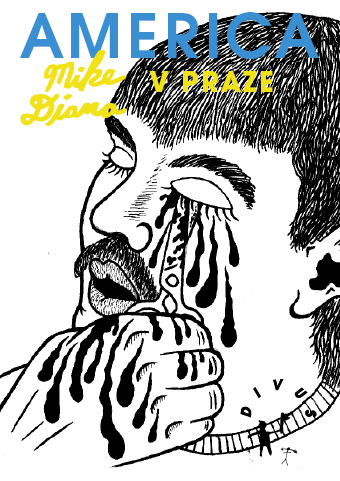 Wilson’s popular story about the perverted pirates of the seven seas is an example of how and where the struggles for freedom in the 60’s and 70’s in North America were fought. During these decades, the current standard for judging what is obscene in the USA was defined through landmark Supreme Court cases of the likes of Miller v. California in 1973. The free will of adults, the expression and representation of human sexuality, the law and the subjectivities applied to the definition of what is and what is not obscene were the cultural forces that shaped the times in which Mike Diana grew up on.

But however close to his œuvre, these explorations of sex through exaggeration and the questioning of the day to day ready formulas for living that the Zap Comix artists initiated, they were still deeply different to the art of the young Diana who in 1994 was imprisoned for four days in a maximum security prison in the state of Florida, U.S. for publishing the now infamous comic book Boiled Angel.

In Boiled Angel Diana opened a door to an interior world brutally afflicted by reality, by the death of naivety, by the disappearance of every ideal and by the most raw and distorted violence. Influenced by, but far — graphically, thematically, and ideologically — from the artists of Zap Comix, Diana is closer to the tradition of terrifying alienation constant in the literary works of Kafka. In Diana’s world as in Kafka’s, the characters are victims of unreasonable and often baffling forces beyond their, and our, comprehension. Happy endings are impossible in the tormented journeys of Diana’s personages, who are victims, in the first place, of his appalling and inflexible universes. 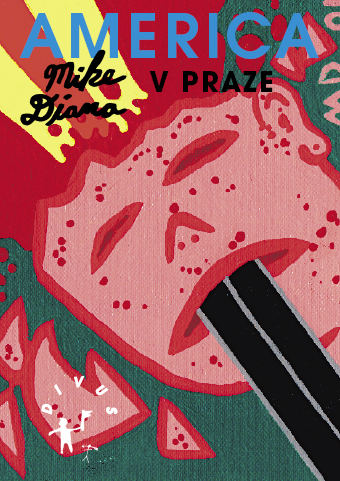 The ultimate futilities of the characters’ struggles are constantly being pointed out by a sadistic author who rejoices in the absurdity of the real world. Frequent references to the present, like the World Trade Centre towers as they collapse, newspaper trimmings reporting teenage suicides and cases of pederasty, to name but a few, remind us that the author is not always the mastermind behind these twisted fantasies, usually there is a perpetrator before him.

Religion, family, childhood, friendship, school, adolescence, community and justice; these are all platforms for Diana’s ultra violence. In his stories every human expression of sexuality is depraved. Even extraterrestrials and balloons shaped like animals are depraved. There is no possible sincerity or honesty within his world. Instead, everything is part of a fabrication that mixes justice and barbarism in equal parts but neither justice nor barbarism win out. It is this ambiguity that causes such troubling results. As in Kafka, innocence is relative for Diana and the space of doubt accommodates all kinds of evil punishment. A good example is his comic Party Props (1996), where the protagonist Greg is decapitated and used as a dinner party centrepiece by his temporarily insane tupperware obsessed mother.

This sardonic comedy is probably one of Diana’s most difficult characteristics to pin down, mainly because it is impossible to describe Greg’s dismembered torso pinched back together with cocktail sticks as being exactly “funny.” Maybe the artist’s strategy relies on Freud’s relief theory of humour explicated in The Joke and Its Relation to the Unconscious (1905), which states that laughter is the release of pent-up nervous energy that mounts during the telling of a joke, or in Diana’s case, the reading of a comic.

Contrary to the obvious, Diana’s virtue is not in becoming a flying banner in the fight for freedom of expression in the specific environment of comic art, but in being a relevant artist by his own merit. His themes, techniques, and DIY methods that take on the ethos of punk culture stand out by themselves. However, there is no denying that his becoming a victim of so perverse scourges as the ones he draws in his cartoons has changed his life, his work and the subjects he has chosen to depict.

The violence in Boiled Angel that seemed almost repulsive, deliberately sensational and scandalous, with the passing of the years and the maturity attained by a trial in which he was found guilty, turned into a humourless comedy of daily life. There is no subtlety or ambiguity in his message: the world is abhorrent, innocence is pre-destined to die in the bloodiest way, every one of us is in part guilty – ergo punishable. 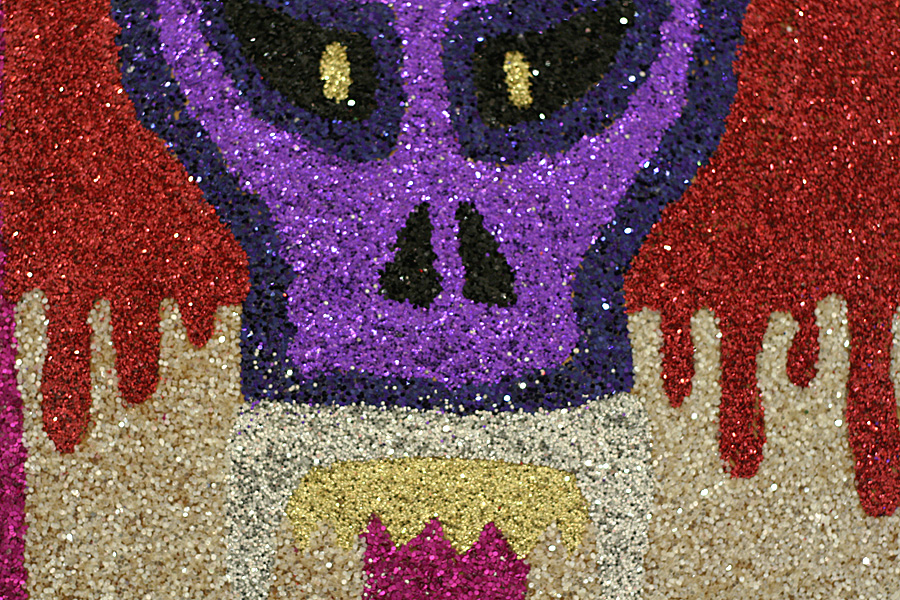 America, the title of this survey covering more than two decades of work by Mike Diana is an indication. It refers to, and exists as, a reflection of the society that deemed his artwork a crime; America LIVE/DIE is a caustic satire in the face of those who, since 1969, decided to ignore the preliminary conclusions of the Presidential Commission on Obscenity and Pornography: „The Commission believes that there is no warrant for continued Government interference with the full freedom of adults because extensive empirical investigation, both by the Commission and others, provides no evidence that exposure to or use of explicit sexual materials plays a significant role in the causation of social or individual harms such as crime, delinquency, sexual or non sexual deviancy or severe emotional disturbances.” 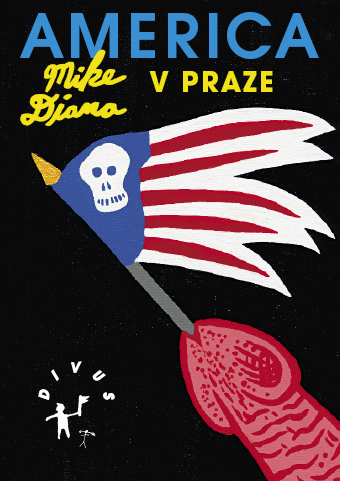 This book is an affront to the political correctness that has justified Diana’s persecution since the early 90s. But let’s not lose sight of something: Although from his pen have emanated all kinds of – frequently hilarious – horrors, we will not count among them the regret of its expression.